Tape Has Become a Strategic Imperative in the Mass Storage Landscape

Modern data tape continues to be fueled by significant technological and architectural innovations that reinforce its ability to deliver low-cost storage with high capacity and faster data transfer rates. The Tape Storage Council released its 2020 State of the Industry Report featuring new insights into the capabilities and benefits of tape storage in addressing the ever-increasing growth of data.

Highlights from the report include the following:

Access the full report here: Tape Has Become a Strategic Imperative in the Mass Storage Landscape. 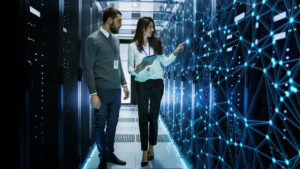 Organizations across all industries are concerned about global warming and are actively looking for ways to reduce carbon emissions.  As a result, many companies have decided they must incorporate carbon reductions into their strategies and have announced green initiatives.

Fortunately for IT organizations, there is a significant opportunity to achieve meaningful carbon emissions reductions while lowering operational and capital expenses by changing the way they store their data. Researchers estimate that data centers consume 1.8% of all electricity in the United States. Within the data centers, data storage is a significant portion of total energy usage and disk systems are the primary driver of storage energy consumption.

It is estimated that up to 60% of stored information is seldom accessed, meaning that the expectation of access diminishes after 30 days. By identifying this “cold data” and moving it to modern tape storage, organizations can dramatically reduce energy consumption and associated carbon emissions while also lowering data center capital and operational expenses.

Ransomware Not Going Away, Air-Gapped Tape Helps Solve the Problem 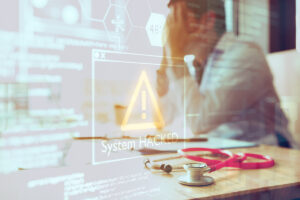 It was not long ago that ransomware threats caught the attention of the nation when WannaCry burst onto the scene and was widely covered in the press in May of 2017. Fast forward to the COVID era of today, as morning TV shows are featuring news that healthcare providers and hospitals are under increasing ransomware attacks due to their vulnerability at a time when these providers are otherwise overwhelmed, fighting a stubborn pandemic that does not want to go quietly into the night.

The threat against the healthcare sector prompted an alert on October 28th from CISA (Cybersecurity Infrastructure Security Agency) entitled “Ransomware Activity Targeting the Healthcare and Public Health Sector.” The introduction reads: “This joint cybersecurity advisory was coauthored by CISA, the FBI and the Dept. of Health and Human Services (HHS)…and describes the tactics, techniques, and procedures used by cybercriminals against targets in the Healthcare and Public Health Sector to infect systems with ransomware, notably Ryuk and Conti, for financial gain. CISA, FBI and HHS have credible information of an increased and imminent cybercrime threat to U.S. hospitals and healthcare providers.”

That’s chilling. Most organizations can’t effectively operate without their computer systems or data. Hospitals are no different with the safety and well-being of patients hanging in the balance.

END_OF_DOCUMENT_TOKEN_TO_BE_REPLACED 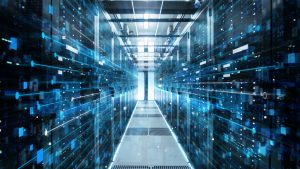 The tape industry is making significant performance strides by delivering much faster initial access times and throughput levels with the arrival of the Active Archive, RAO, TAOS, LTFS, much faster data rates, and RAIT capabilities. For all the amazing technological progress made for the traditional data centers, hyperscale, and cloud computing, the fundamental challenges of reliably transferring large files and bulk data volumes at high speeds to different geographic locations continue to be problematic.

Moving large amounts of streaming data, archives, images, video/audio streams, teleconferencing, telemedicine, scientific data capture, and large-scale disaster recovery scenarios is performed much faster on high-speed modern tape than other digital technologies. Cloud egress and ingress is slow using network bandwidth and can become cost-prohibitive, taking days or even weeks compared to moving the same amount of data on removable tape media via truck or airplane. Since tape media is readily portable, using tape for cloud storage can be highly advantageous if a CSP (Cloud Service Provider) shuts down or should you want to quickly move your entire digital archive media to another provider.

These trends and scenarios present a growing mass transit problem for bulk data movement – if it weren’t for the tape industry’s renewed focus on performance and throughput. This report will examine several new performance capabilities for improving tape access and data transfer times. 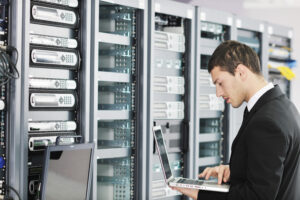 Fortunately, as data continues to grow exponentially, the selection of data storage technologies has never been more robust. The choice of what storage device to use for which application at a given point in time is a balancing act making trade-offs between frequency of access (performance), cost, and capacity. Storage tiering has become a key strategy that lets you optimize the use of storage resources, save costs and make the best use of storage technology for each data classification. The foundations of tiered storage had their beginnings over 30 years ago when disk, automated tape libraries and advanced policy-based data management software such as (HSM) combined to effectively migrate less-active data to less expensive storage devices.

Tiered storage integrates hardware and storage management software to provide a seamless operation and for customers to realize the huge TCO and ROI economic benefits available from optimized storage implementations. The business case for implementing tiered storage is compelling and becomes increasingly so as storage pools get larger. Today’s storage tiers offer several technologies ranging from ultra-high capacity, low cost storage at one end of the hierarchy to very high levels of performance and functionality and at the other. The non-stop, increasing growth of data will require the continual evolution of new, more advanced approaches to tiered storage and management capabilities. 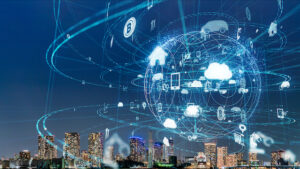 Relentless digital data growth is inevitable as data has become critical to all aspects of human life over the course of the past 30 years and it promises to play a much greater role over the next 30 years. Much of this data will be stored forever mandating the emergence of a more intelligent and highly secure long-term storage infrastructure. Data retention requirements vary widely based on the type of data, but archival data is rapidly piling up everywhere. Digital archiving is now a key strategy for larger enterprises and has become a required discipline for hyperscale data centers.

Many data types are being stored indefinitely anticipating that its potential value will eventually be unlocked. Industry surveys indicate nearly 60% of businesses plan to retain data in some digital format 50 years or more and much of this data will never be modified or deleted. For many organizations, facing terabytes, petabytes and potentially exabytes of archive data for the first time can force the redesign of their entire storage strategy and infrastructure. As businesses, governments, societies, and individuals worldwide increase their dependence on data, data preservation and archiving has become a critical IT practice. Fortunately, the required technologies are now available to manage the archival upheaval.

Modern tape storage has become the leading strategic and lowest-cost storage solution for massive amounts of archival and unstructured data. This bodes well for future tape growth as archival data is piling up much faster than it is being analyzed. Over the past decade, the magnetic tape industry has successfully re-architected itself delivering compelling technologies and functionality including cartridge capacity increases, vastly improved bit error rates yielding the highest reliability of any storage device, a media life of 30 years or more, and faster data transfer rates than any previous tape or HDD (Hard Disk Drive).

Many of these innovations have resulted from technologies borrowed from the HDD industry and have been used in the development of both LTO (Linear Tape Open) and enterprise tape products. Additional tape functionality including LTFS, RAIT, RAO, TAOS, smart libraries and the Active Archive adds further value to the tape lineup. HDD technology advancement has slowed while progress for tape, SSD (Solid State Disk) and other semiconductor memories is steadily increasing. Fortunately, today’s tape technology is nothing like the tape of the past.

Why are Two Thirds of Organizations Failing to Backup and Archive Correctly? 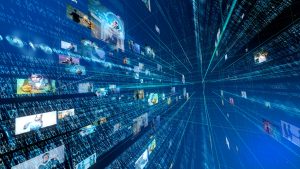 You would think, by now, that backup best practices would have moved into the same category as filling up the tank before a long drive or looking each way before crossing the street. But a new study indicates that most organizations continue to get it fundamentally wrong. How? By continuing to backup long-inactive data that should have been archived instead of remaining in the backup schedule.

The 2020 Active Archive Alliance survey found that 66% of respondents were still using backup systems to store archive data. What’s wrong with that?

One of the underlying reasons for this is a confusion between backup and archiving. Backup provides a copy of organizational data for use in recovery from a data loss incident, cyberattack or disaster. These days, it is generally copied onto disk or tape and either retained there or relayed to the cloud. A key point is that backup only copies data, leaving the source data in place. It is also used to restore lost or deleted files rapidly.

Archiving is a different concept entirely. Rather than copying data, it moves data classed as inactive to a more cost-effective tier of storage such as economy disk or tape. This frees up space on higher-tier storage systems such as fast disk or flash. In addition, it shortens the backup window and offers permanent and long-term protection from modification or deletion of data.

END_OF_DOCUMENT_TOKEN_TO_BE_REPLACED 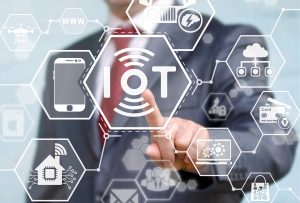 Perhaps lost in the current COVID-19 pandemic, is another pandemic of a far less threatening kind, the pandemic of the Internet of Things or IoT. It’s a good pandemic that will add value to everything we do and make. IoT is also one of the biggest drivers of storage demand currently exploding across the globe. It has been reported that there were 23 Billion IoT devices installed in 2018 with that number expected to grow to 75 billion units by 2025. While driverless cars are a good example of an internet-connected device with each vehicle generating terabytes of data every day, think about the smartphones that everyone has. Then think about smart everything else like smart homes, smart buildings, factories, machines, cities, airplanes, trains, trucks and so on. You start to get the picture and scope of IoT which is truly mind-boggling.

The market for IoT will continue to expand in 2020, especially as 5G networks start to proliferate. If you are like me and have been consuming more television than usual during this period of coronavirus lockdown, you may have noticed a lot of ads touting 5G networks. 5G promises to deliver 10X better performance than 4G, 100X better network density, with 100X more energy efficiency. With this key enabler rolling out, companies deploying IoT projects will need to plan for the data deluge that is coming as a result of these billions of devices!

END_OF_DOCUMENT_TOKEN_TO_BE_REPLACED 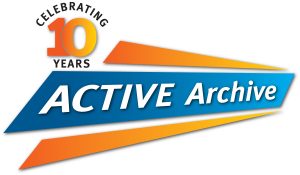 The Active Archive Alliance recently released its 2020 Active Archive and the State of the Industry Report, which highlights the increased demand for new data management strategies as well as benefits and use cases for active archive solutions.

Here are a few takeaways from the report:

You can read the full report here.

For more information on the Active Archive Alliance visit: www.activearchive.com.